Visita http://www.betterworks.com
Betterworks aligns, develops and activates your workforce for business growth. Through our easy-to-use, integrated software solution and expertise, we help organizations replace outdated annual review processes with powerful Continuous Performance Management programs that help managers be better at the conversations, coaching, and development necessary to inspire and motivate the entire workforce to meet today's goals and be ready for tomorrow's challenges.

It's pricey, so a large company might be a better candidate. We used it for a couple of years, but it was difficult to get everyone at the firm to adopt. The frequency of updates and changes to the look and feel of the interface added to the challenge. For a larger company with a big HR group, this could be a great solution. 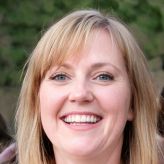 We attempted to implement this kind of process in another software that was not purpose built for tracking goals. This software is definitely an investment for an organization that wants to see true alignment and progress.

This allows for a comprehensive top to bottom alignment of organizational goals. You can track everyones progress, pending they update it appropriately.

Not always the most intuitive to use and training is required. When goals go past due you cannot delete them if they had become irrelevant, you have to go in and edit them heavily.

- Good promoter of a transparency culture - I like the ability to see the objectives of senior directors and how the rest of the companies objectives are aligned to these.

- There's no functionality to review previous checkins, other than manually clicking into each one. I have weekly checkins with my direct reports and find our checkin notes useful for quarterly performance evaluations - if I could see all of them on one screen or be able to search into them, this would be a big improvement
ClickMeeting :: Atiim OKR Software :: Proto.io :: Tutis :: Formulários PEMAC

Provides exceptional visibility into the OKRs of large organizations, making it easy to align on strategies with other sibling orgs within the greater org.

UI can be non-intuitive sometimes. Lack of consistency between different UI views, leads to user confusion. Some more walk-thru wizards would help.

We are aligning business goals from the top down and down to the top. Previously we tried to use another software, Podio, to achieve this. We spent a ton of money and time on Podio to adapt it when we should have used this software in the first place.

This is an app that allows an organization to create goals from the C-level to the associate level. It lets you align the short-term and long-term goals to what is needed for the person or organization. It is well thought out and intuitive to use.

Not much that I have not liked so far, it is easy to use and you can navigate without training.

An easy way to create new professional development goals for myself

It was easy to get started as a beginner and I liked the very simple training and tips provided when I first logged in. I also love the fact that it gives you a range of view options (including list, chart and dashboard) to fit your individual preferences. It's a nice streamlined user interface that includes just the right amount of clicks to find what you're looking for. I also like the export feature.

It took me a few times to get the hang of moving items after I first created them. It takes some effort to reorganize something for a 2nd or 3rd time.

I think we approached Betterworks as an organization with a great idea of aligning more across teams, and working together toward organizational priorities. In practice, however, it has been a bit of a flop despite our team's best efforts to implement. It felt like people were setting OKRs more out of necessity than actual usefulness, and the conversations were just a formality. People resented having to use the tool for goal setting and planning, when we already use Asana. Ultimately, it just felt like another piece of technology that we had been assigned to use rather than a tool that was actually useful. If you are considering getting Betterworks, I would encourage you to think hard about whether the tool is uniquely solving a challenge and developing a strong adoption plan. Without buy in from users, the tool loses its efficacy and impact.

Betterworks has a simple interface and is pretty user friendly. Through going through the exercise of coordinated goal setting as a team, it has helped us align and communicate more.

For my team, it didn't feel like a necessary software product. We felt we didn't need an expensive tool just to set quarterly goals, which we had previously done ourselves just through using gsuite.

Not sure if this is just my admins but week starting on Sunday, why?? And the ability to align objectives depends on implementation from others.

Overall, Betterworks is a great tool an entire company can get behind and stay organized within. It helps keep track of high-level company efforts to ensure we remain aligned. I'd recommend this tool to anyone who is thinking about utilizing the OKR model.

Finally, a user-friendly tool that enables teams to track progress on milestones using the OKR model. Some of the great features include: - Tiered goals

There is a (very) slight learning curve to immediately get started.

intuitive, easy to personalize, can be utilized for any goal, good customer service, reliable and open

not compatible with most other software systems, complicated to set up and maintain, expensive investment

The ability to track my goals and see how I am growing within my company. This is also helpful to me because I am a young professional and by tracking my goals through betterworks it allows me to quantify my skills so I can list them on my resume.

We just started using Betterworks to track our companies performance management. The thing I like most about Betterworks is the layout that allows me to organize my goals in a comprehensive manner. It also has different methods in which I can track my progress in completing a goal whether that is in a percentage basis, units, or dollar basis. In addition, I can set a goal and then change the due dates of the OKR's so I don't have to complete the whole thing at once.

I wish I could see an organization chart of the entire company and its goals not just my team's org. chart and our goals. I wish there was a better way to link my better works goals with other applications I use. For example, with my Project Management goal, I want to ensure my deliverables are on time but there isn't a good link with ASANA my project management app so I have to track my accuracy manually which is difficult.

I really like the integration that we can do for a software - like jira salesforce and google sheets to track our goals.

Load time. Response time could be better for sure. I many a time see an empty screen. But I really like it.